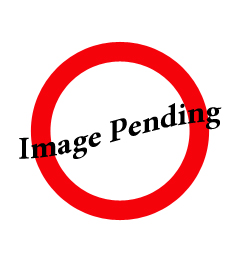 Adam is a Graduate of Western University (Hons. B.A., 1997) and the University of Ottawa Faculty of Law (LL.B, 2002).  He has previously worked as a lawyer in private practice for three years and as legal counsel for the Ministry of the Attorney General in London for the past ten years.  He is a member of the Law Society of Upper Canada and l’Association des juristes d’expression française de L’Ontario.   Since 2006, Adam has served as a bilingual adjunct professor at the Faculty of Law at Western University.  Adam continues his involvement with the London Lawyer’s Feed the Hungry Program, performing music and raising funds since 2006. Adam is currently assisting the Habitat’s Governance Committee and is looking forward to actively working with the Habitat Board and the community to assist more families in need in the Heartland. 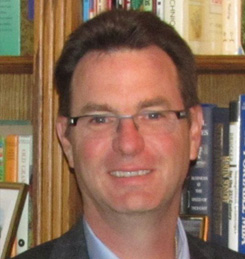 Alan is a native Londoner and was a founding partner of Protek, a southwestern Ontario computer technology services company. Founded in 1983, the company grew from 2 to over 50 employees and led the Southwestern Ontario market for over 15 years. Protek was recognized as one of Canada’s Fastest Growing companies in Canada for three consecutive years in the late 1990’s. Protek was acquired by TUC Brands, a technology managed services company in 2012 where he continues today. A Protek cultural standard has always been to support others in need. During the period of 1998 – 2012, Protek raised and donated approximately $ 250,000 to worthy London charities. Alan has previously been engaged in the boards of the London Industrial Training Advisory Board (LITAB), a management board for training grants and programs and Partner’s in Research, an educational organization in support of medical research. Alan continues involvement with London’s Ronald McDonald House where he has been active since 1997. During his tenure with the Ronald McDonald House, he served on the Board of Directors from 2000 to 2012 including a 2 year term as Board President from 2002-2004. During this period Alan was also elected by the 12 Ronald McDonald Houses to represent them on the national board of Ronald McDonald House Charities Canada, the National Chapter for the Ronald McDonald House programs. Highlights of the RMH relationship include involvement in the London capital campaign which raised $8.3 Million and involvement with building committee to grow the London House from 17 rooms to 34 rooms to serve even more families. While serving on the national board, Alan was responsible for facilitating approximately $1 Million in grants to London and area charities supporting children and Health. Alan is married to his lovely wife of 29 years, Trish Lee. Trish and Alan enjoy travel, entertaining, golf, and developing worthwhile organizations. 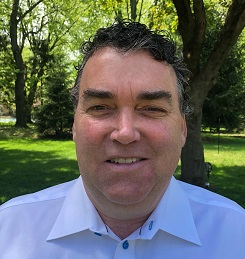 For the past 31 years Blair has been a Commercial and Residential Real Estate Developer operating Windsor to North Bay. In 2001, Blair started Robertson James Developments to concentrate on residential development.  RJ is currently developing and building a 56 unit residential project on Sunningdale Road in London and working on a small subdivision in North Bay. Blair is actively involved with Teresina Larizza Charities Foundation (TLC) every Christmas in fundraising and doing deliveries of Christmas presents for underprivileged children in the London area. He helps the charity raise funds each year and deliver the presents with his children on Christmas Eve.  He has previously served on the Board of Directors of North London Sports Association and was the Sponsorship Director from 2005 -2008. Blair has lived in London for the past 31 years with his wife Marina and their three children, Stuart (age -23), Christopher (21) and Hailey (19) 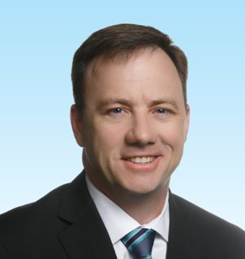 Chris is the current President & Owner of Colliers International London, Ontario, providing commercial, office & industrial real estate expertise throughout southwestern Ontario.  He began selling real estate in 1989 and has achieved the various designations including Broker of Record, S.I.O.R. (Society of Industrial & Office Realtors) and A.A.C.I. - the highest level of commercial & industrial appraisal in Canada. Prior to bringing Colliers International to London in 2005, Chris owned & operated Kirwin & Associates, Real Estate Appraisers and provided commercial real estate appraisals & consulting throughout southwestern Ontario. Chris and Wendy have been married nearly 22 years and have 4 children, ages 10, 12, 16 & 18.   In his spare time, Chris is a snowboard instructor, avid wakeboarder, and self proclaimed weekend renovation warrior.  Chris has been involved in several HfH house builds and he hosts an annual fundraising poker tournament with HfH as the charity of choice. 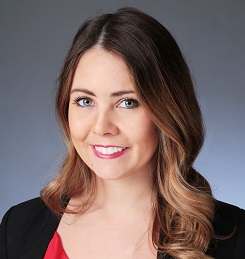 Ciara is a lawyer at Brown Beattie O’Donovan LLP. She practices primarily in the area of commercial litigation with a focus on construction law. Prior to working in private practice Ciara worked at the Lawson Health Research Institute, the research arm of the London Health Sciences Centre. Ciara was born and raised in London where she attended Oakridge Secondary School. She left for a brief time to complete her undergraduate degree at the University of Guelph where she became involved in the campus chapter of Habitat for Humanity. Ciara first became involved with Habitat for Humanity Heartland Ontario when she joined as a member of the Family Selection and Support Committee in 2016. In her spare time Ciara enjoys traveling and hopes to participate in future Habitat international builds. 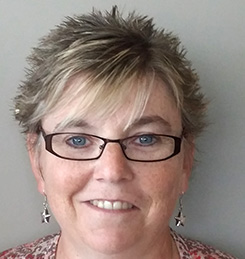 Dee-Ann is a Care & Service Manager of Community Supports for VON Middlesex-Elgin - a company she has worked for since 2005. Prior to joining VON, Dee-Ann worked for 13 years for MerCare Homes Inc in their Special Services at Home, Group homes where she spent time using her 3 levels of sign language. Dee-Ann was born and raised in London Ontario where she still resides today. Dee-Ann has been married to Todd for over 20 years and has 2 beautiful teenage daughters Mackenzie and Sydney. You can often find the family volunteering in their community at various events or organizations and they completed their first mission trip last summer and are looking forward to more. They also enjoy entertaining, traveling and most importantly spending time with their family and friends. 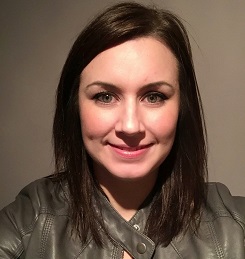 Jennifer Spry is the National Manager, Talent Acquisition and Organizational Development (Human Resources) for VON Canada. She has been with VON since 2010 and has held several roles within the HR department since her start date.  Prior to entering the Health Care industry, Jennifer held a Specialist position in the HR department of an IT/IS organization and her work has been in both the private and non-profit charitable sectors. Jennifer holds her CHRL designation and a Bachelor of Commerce - Human Resources Management degree. Jennifer enjoys supporting community events and can often be found travelling or planning road-trips with friends. 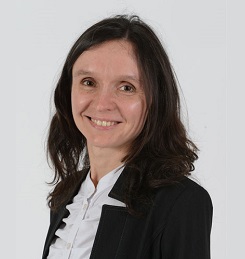 Kristina is the Director of Development, Huron University College. She began her professional career as a journalist in Belarus and later worked as a reporter and a communications professional in the public, private and non-profit sectors in Belarus and in Canada. In her spare time, Kristina is a big fan of Postcrossing who loves travelling and spending time with her family. Kristina is a strong believer in the power of community and is committed to social justice. She joined Habitat for Humanity Heartland Ontario Board and the Governance Committee in 2016. She is honoured to bring her input to the Board and contribute to Habitat’s exciting initiatives. 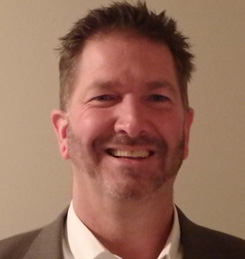 Paul Feron, Past Board Chair

Paul is a Fellow Chartered Insurance Professional and Vice President Western Ontario at ClaimsPro LP. He has been employed as a Claims Professional in the Property & Casualty Insurance industry for more than 30 years. He is Past President of the Ontario Governing Council of the Insurance Institute of Canada and Past President of the Ontario Insurance Adjusters Association. After involvement in industry associations Paul wanted to get involved and make a difference in the community. Paul started as a member of the Family Selection and Support Committee with Habitat for Humanity Heartland Ontario in 2014 and now looks forward to serving on the Board of Directors. Paul has been married to his wife Wendy since 1982 and they have two daughters, Alexandra and Meghan. In his spare time Paul enjoys Travel, general exercise and golf. 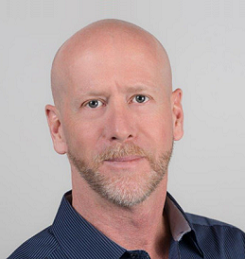 Peter was born and raised in London.  I have been in the Insurance Business for almost 36 years, 33 with the former Stevenson & Hunt Insurance Brokers were he was a shareholder of Stevenson & Hunt from 1995 until 2017.  Peter is currently the Senior Vice President with Arthur J. Gallagher Canada Limited.  He is a graduate of Guelph University and Western Univerity as well as obtaining his CIP, CAIB, CRM and CCIB.  Peter has been involved in not for profits through out his career. He has been on the Boys & Girls Club of London Foundation Board for over 10 years and I am a Past President of that board and the BGCL Investment committee.  He has been on the CEDASS Board for almost 10 years.  He looks forward to using his skill sets with Habitat. 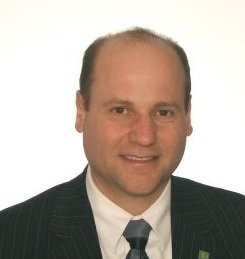 Rick is a Certified Financial Planner (CFP) and holds an Honours Business Commerce Degree and a Bachelor of Arts in History. He has worked for TD Bank for 26 years in various roles including TD Retail Banking, TD Business Banking and currently in TD Wealth. Rick has been a member of London and surrounding Chambers of Commerce and the Woodstock Homebuilder's Association.  He has been involved in his local Church as a Treasurer and has been involved in Dorchester Minor Hockey.  Rick is currently on the committee of the Trudell Medical/St Joseph's Hospital Urology Golf Tournament.  He has been married to his wife Susan for 25 years and have two boys, Jonathon and David. 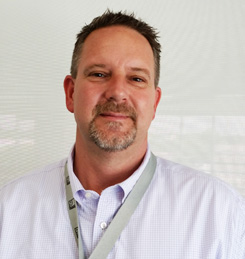 Scott is Chief Operating Officer at Goodwill Industries, Ontario Great Lakes for the past 8+ years. He is responsible for 450 employees, 24 facilities across south-western Ontario and annual revenue exceeding $21 million. He has previous manufacturing management experience with over 14 years in senior leadership and technical roles. Scott holds a diploma in Urban Planning and Design from Fanshawe College and Pillar Nonprofit Network – Leadership Beyond the Box and All About Boards Development certificates. He also holds multiple certificates for health and safety, leadership development, change management, Lean, 5S, Kaizen and customer service. Scott is the current Chair on the Parent Council at St. Theresa Public School and has volunteered with Meals on Wheels as a driver for over four years. Scott was born in the Bayfield area but has lived in London for the last 27 years. He and his wife, Lisa, have been married for 15 years and they have a beautiful  10 year old daughter, Abby. Scott loves cars, collecting antique toys, traveling and, of course being raised in Bayfield, enjoys cottaging. 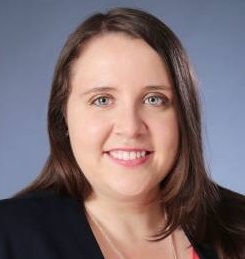 Vera is a lawyer practicing in the areas of corporate and commercial law, real estate law and wills and estates.  She previously worked as corporate counsel for a bank before moving to private practice and joining the team at Brown Beattie O'Donovan LLP.  Vera has lived in London for 17 years with her husband and has been involved with various volunteer organizations, including Habitat for Humanity.  Vera and her husband have a young daughter and as a family they enjoy singing, dancing and traveling.  Vera is honoured to have the opportunity to serve on the Habitat for Humanity Board  and she looks forward to involving her daughter in the Habitat for Humanity organization in the future.