Habitat for Humanity Heartland Ontario is so fortunate to have several valuable relationships in the local community. One of these partnerships is with North American Trade Schools instructor Kyran Fargnoli and his students, who support Habitat builds by making kitchens for the new homeowners.

After finishing his Cabinetmaker apprenticeship program in 2005, Kyran worked for a local woodworking manufacturing firm for several years before spotting a North American Trade Schools job posting. Excited by the possibility of a career change, Kyran joined the school, where he created a new cabinetmaking curriculum to meet the needs of his students and their future employers.

Kyran first heard about Habitat in 2013, when he realized that working with the organization would be a perfect way to give back to the community and help his students learn: “[Habitat Construction Manager] George De Vlugt contacted me at the school and asked if we could help build and install a kitchen [at a Habitat home] on Major Street. I thought this would be a great opportunity for my students to gain hands-on experience.”

Six years later, Kyran and his classes have now helped with a total of 14 Habitat kitchens, all handcrafted for the new homeowners to enjoy. Kyran says that his students love the Habitat module of their program both for its “real-life training” and because “they really enjoy being part of building a home for family.”

It’s clear that Kyran agrees, as you can always spot him at Habitat’s groundbreaking and key ceremonies. Meeting the real families behind these homes is important to him. “Putting a face with the kitchen make it more personal,” he notes. “And I believe every family deserves a safe place to raise their children.” 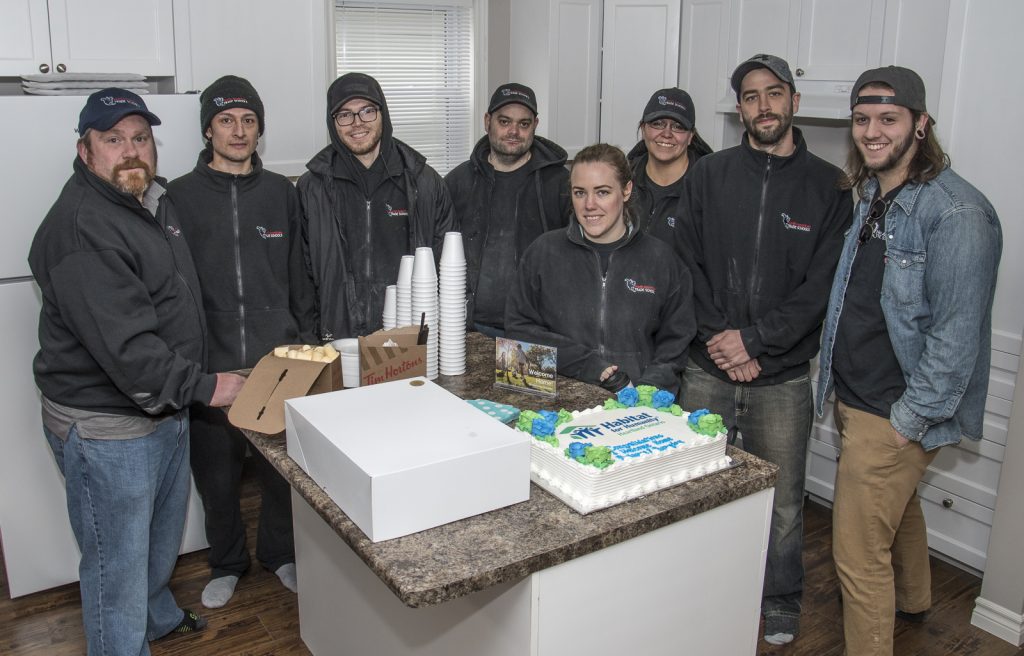 We want to extend our heartfelt thanks to Kyran and his students at North American Trade Schools. Our Habitat homes wouldn’t be the same without them!